Repertoire 101: How to Pick the Right Songs

With the sad news of David Bowie’s passing this week, I can’t help but remember the times when I would play in the San Francisco metro stations for hours at a time, desperately hoping to make a connection with the quickly passing business people.

Many people would smile politely as they walked on.

There was one gem in my song collection.

I always looked forward to playing it because the tables would turn completely.

The train station would transform and everyone would sing, dance, or clap on their way to work.

I made sure to play it at least once an hour just to keep my spirits up.

This was the magic of Bowie.

But it’s also a great lesson in how to choose the right song.

Let’s talk about what we call repertoire, or your choice of songs:

How to Choose the Right Songs for Your Voice

When you are demonstrating a song during the lesson, it is truly where the rubber hits the road. Where practice becomes deeper practice.

Now that the desired note is on a song, the result of all your hard work is clear.

And the motivation to find that feeling isn’t just to please your teacher, it’s in making the song shine by singing it for yourself.

Some basic tips for songs to demonstrate in your lessons:

-Have a song to demo every lesson (I know this sounds obvious, but let’s just get it out of the way)

-Stick to the same sex of the singer (i.e. Don’t bring in a female pop song if you’re a male, at least in the beginning)

-Make sure the music is readily available (whether on Spotify, your guitar or your phone)

Put these tips into play during your lessons and see your progress really take off! 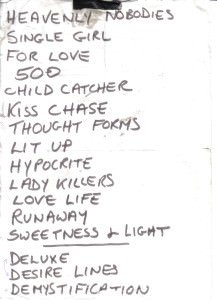 Great performance is about sharing the special things that YOU love about a song with OTHERS.

And it’s incredibly hard to share the songs you love in an authentic way unless you practice them an insane amount.

Unfortunately, with practice, you will also get tired of some of the songs you love.

Ultimately, you have to decide who you’re performing for.

So are you having a two sided conversation with your audience, or are you just talking to yourself?

To help you out, I have created the Ramsey Voice Studio Mix Tape.

A collection of great singers and their songs.

This was designed specifically for those who are always scrambling to find something to sing during our lessons each week.

It’s also designed to be collaborative for my students who love sharing new music that keeps them motivated to do cool vocal stuff.

As artists you want to progress on your journey as fast as possible.

But a huge factor in how quickly you develop has to do with how open you are to new music.

Many people, though, get stuck listening to the same music for the wrong reasons.

This idea came to me when I met two unexpected friends at the Visions of Austin State Hospital Insights Art Show and Auction.

The art show was comprised entirely of the art done by patients of the local psychiatric hospital.

This is Daniel Johnston. 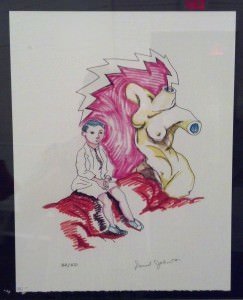 Not really. I mean this is his work and he donated it to the ASH benefit because he was a patient for a time.

If you haven’t heard of Daniel Johnston, I would definitely recommend checking out this amazing documentary about his life and music.

Here is one of my favorite songs by him.

Aside from the surprisingly great art, I also had the pleasure of meeting Karen Sams, a recreational therapist.

Basically, Karen’s work revolves around therapy in the form of play.

When I pointed out Daniel Johnston’s work, she began sharing what she knew about music therapy and its role in people’s lives.

I was shocked to hear Karen share that a person who has issues controlling their anger and listens to angry music can be doing a disservice to him or herself.

This may seem obvious but ask yourself: is there a type of music that you love, even though you know it isn’t good for you?

Is there a guilty pleasure that you have with a particular song or artist that makes you feel pleasurably dysfunctional?

I found Karen’s statement so amazing because I immediately thought of one of my favorite artists, Elliott Smith, and how his sad music has played a role in my depression and anxiety.

For me, Elliott’s music forged a bond between depressive feelings and beautiful music.

At the time though, I never really thought that listening to beautiful, yet sad, music could be holding me back.

I think that this is why some people love certain sad songs.

They want to relive those feelings that hurt them.

However, scientists have shown that this catharsis is not as beneficial as we once thought.

Perhaps instead of listening that same old song, recognize the role that that music plays in your progress, embrace the lesson and move on.

Everything is an experiment.

Use Spotify playlists. Use Pandora. Heck, listen to the radio.

Find the music that moves you!

How to Expand Your Vocal Range with 3 Easy Exercises 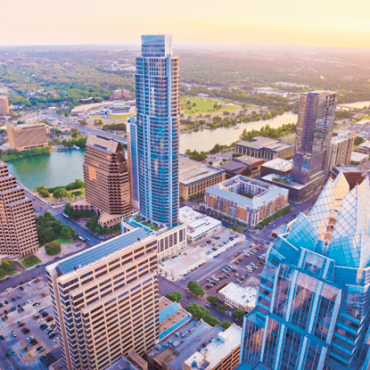